From acclaimed director Steve James, Abacus: Small Enough To Jail — the little-known story of the only U.S. bank prosecuted in relation to the 2008 financial crisis — is now an Academy Award® nominee!

Abacus: Small Enough to Jail tells the incredible saga of the Chinese immigrant Sung family, owners of Abacus Federal Savings of Chinatown, New York. Accused of mortgage fraud by Manhattan District Attorney Cyrus R. Vance, Jr., Abacus becomes the only U.S. bank to face criminal charges in the wake of the 2008 financial crisis. The indictment and subsequent trial force the Sung family to defend themselves – and their bank’s legacy in the Chinatown community – over the course of a five-year legal battle. More about the film: www.abacusmovie.com 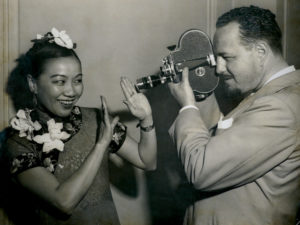 Filmmaker Robin Lung investigates the case of Li Ling-Ai, the un-credited female producer of KUKAN, a landmark color film that revealed the atrocities of World War II China to audiences around the world. KUKAN was the first ever American feature documentary to receive an Academy Award® in 1942.

Join the Boston Asian American Film Festival (BAAFF) at the Pao Arts Centerfor a curated selection of documentary films showcasing both contemporary and historic Asian American experiences every first Thursday in March, April, and May. 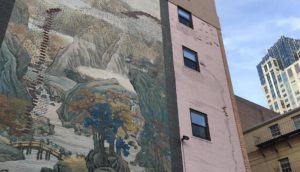 Ever pondered the who, what, how of Chinatown’s many public murals? Wonder no more! Join CHSNE for a 60-min walking tour of public murals in Chinatown, revealing the stories and history behind them. Don’t miss this exclusive offering!

The Mass. Memories Road Show (MMRS) is an event-based public history project that digitizes family photos and memories shared by the people of Massachusetts. It is produced by the University Archives & Special Collections Department at the Joseph P. Healey Library, UMass Boston, which partners with local communities to organize free public events where residents are invited to bring up to three family photos to be scanned and included in an online digital collection.

A special thanks to the Greater Malden Asian American Coalition (GMAAC), Quincy Asian Resources, Inc (QARI), and the Pao Arts Center—BCNC for their support in organizing this event.

The Mass. Memories Road Show is co-sponsored by the Patricia C. Flaherty ’81 Endowed Fund. The Chinese Immigration program is made possible through support from generous community donors.

Museum of Chinese in America, NYC

CHSNE NEEDS YOU! CHSNE is a membership-based 501(c)(3)non-profit organization dedicated solely to documenting, preserving, and promoting the history and legacy of Chinese immigration in New England. Please consider becoming a member or donating to help cover our projects and operating expenses.